Epsilon Community's Complete Guide
Website
Discord
Donate
Welcome to [EC]
How to become a Division Lead
Donation Information
Arma 3
Introductions
Server Information
Roster
Modifications
Arma 3 Learning
P1. The Basics
TeamSpeak 3
How to install TeamSpeak 3
All About EC
What is EC and why are we here?
Glossary
Powered by GitBook

How to get good.

As a rifleman, you are the most fundamental element of our combat power. The proficiency you demonstrate a key factor in the survival of yourself, your fireteam, your squad, and ultimately the entire platoon. Every Person plays a role in the bigger picture, and we are only as strong as our weakest link. Our aim is to make even our weakest link into a skilled player.

About the Fireteam & Your Role In It

Fireteams are the most fundamental combat elements of our platoon structure. You will learn much more about them (and everything else about our structure) in the “Platoon”section later on - for now, we will cover the basic premise behind them.Each fireteam consists of six players: a leader and five subordinates. As a new player, you will end up acting as a rifleman in one of the six different fireteams in our standard platoon.As the rifleman, you will be under charge of a more experienced player, acting as the fireteam leader. He, in turn, will be under the command of a squad leader who leads the two fireteams that make up each squad. Likewise, the squad leader will be under the command of the Platoon Commander, who commands the three squads that form the platoon - who is in turn led by the Company Commander, who directs the movements of the platoons.

Working as a Team

The key aspect of our organization is that of closely-knit teams - a rifleman by himself is not nearly as useful as a group of six players working as one cohesive unit. Fireteams look out for their own members as well as those of their fellow fireteams. Fireteams are the tip of the infantry spear.

Basic Responsibilities of a Fireteam Member

In order to play at the highest possible level of coordination, teamwork, and effectiveness, there are many things that each player must be familiar with. This entire guide is an example of those sorts of topics. The Key foundational aspects of this are in the “basic responsibilities” of each fireteam member, and by association, every player in the platoon or company. In order to maintain cohesion and combat effectiveness,every player in our community is expected to abide by these simple ground rules.

As a fireteam member, you must...

Your basic responsibilities to your buddy teammate(s) are...

Living by these guidelines is a key factor of success in battle. Learn them, know them, and be sure to always practice them.

Previous
Modifications Changelog
Next - TeamSpeak 3
How to install TeamSpeak 3 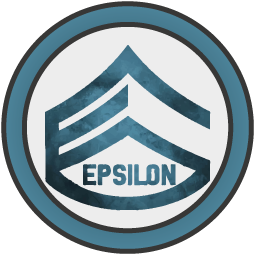